This series,produced by Catherine Robbins, written and directed by Peter Eyre and Francis Wright,was another puppet show which ran from 1996 - 2000 and around 78 episodes were recorded in Fountain and Capital studios, London.A simple raised set house interior was later followed by a greasy Cafe and kitchen (Art directed by Lucy McDonald) to extend the range of the series.

Tight budgets from Two Sides Tv meant that the sets were minimal but still effective! 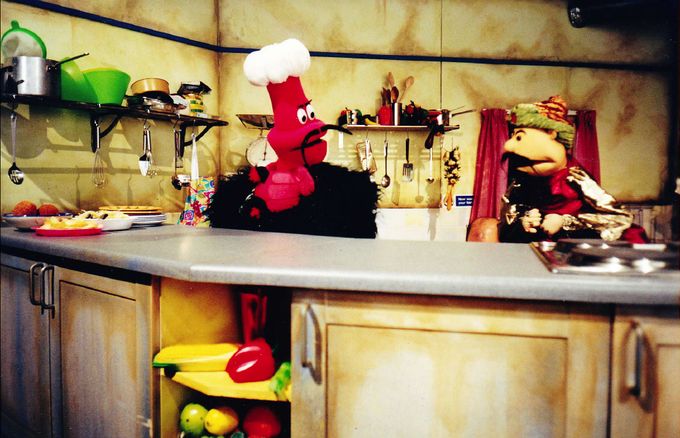 'Grub Bug' - The head chef - in the raised kitchen set 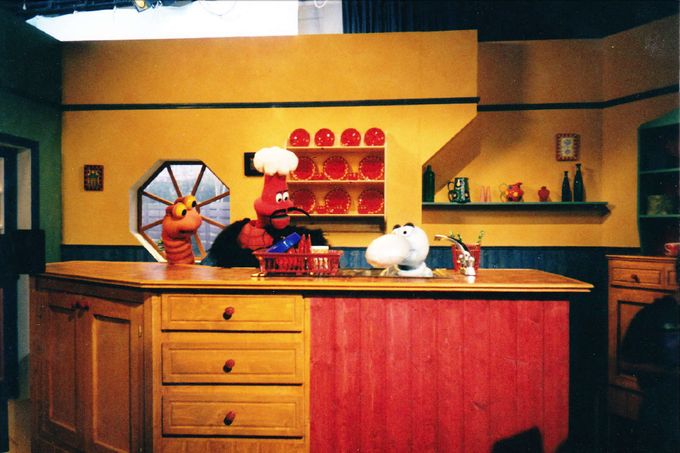 Grub Bug,Plug Bug and worm in the House! 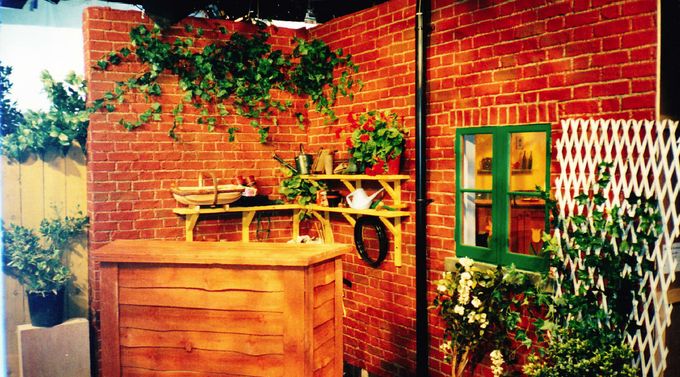 The small garden area - added as the series progressed 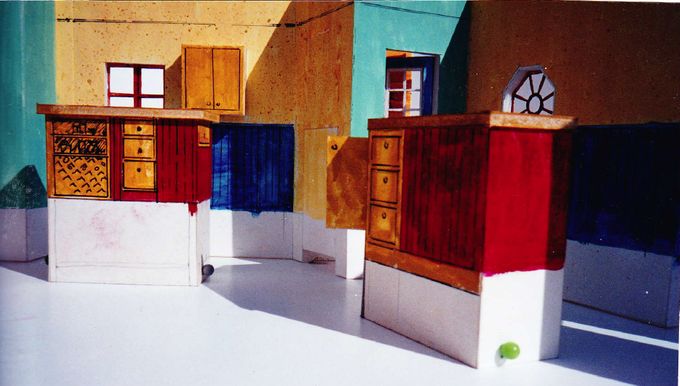 The original 1:50 model of the house set 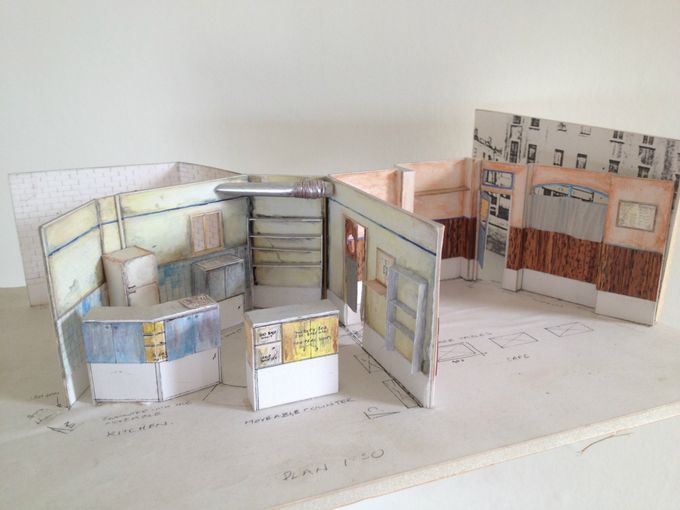 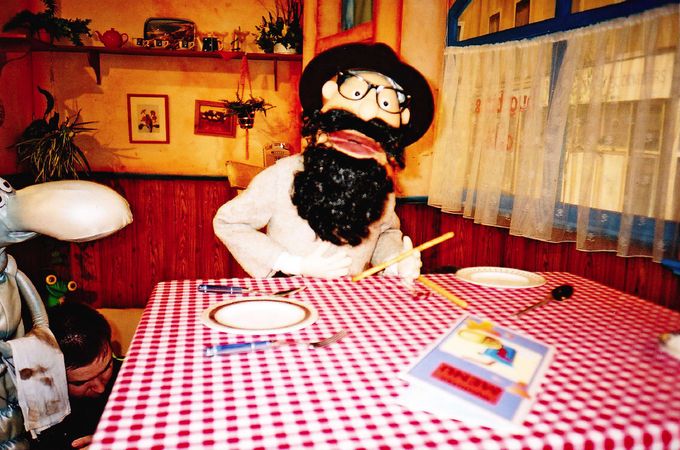 One of the Cafe's customers! 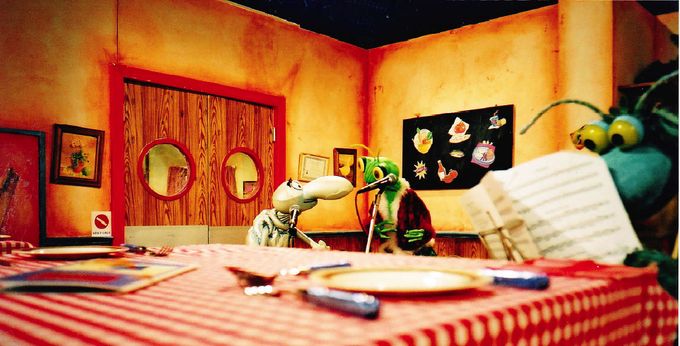 Plug Bug, Mystic Mug and Doodle Bug in the cafe

This series set in the house set

This series set in the cafe